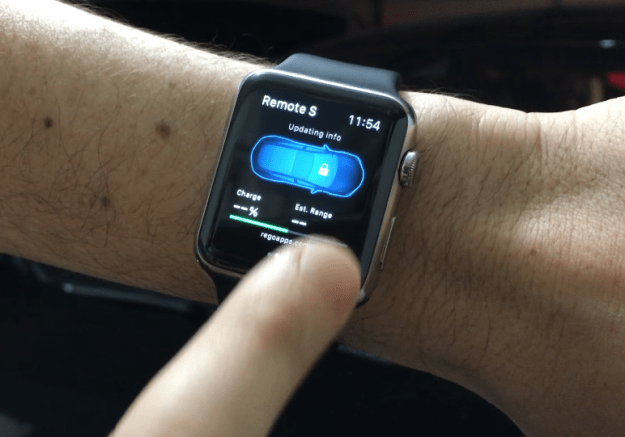 ​
For a long time I’ve been skeptical of not only the Apple Watch but of smartwatches as a whole. However, a new video posted by YouTuber Mark Schey has opened my eyes to just how incredibly cool it can be to have a mini-computer on your wrist. In short, Schey summons his Tesla Model S by only using an app on his Apple Watch.

The app in question is called Remote S and it lets you start up your car using only Touch ID. In the video, Schey goes the app’s GPS screen on his Apple Watch, hard presses on it, and then picks the “Summon Reverse” option. Almost immediately afterward, his Tesla sends a signal to open up his garage door. It then turns on and slowly backs itself out onto his driveway once the door has fully opened. The car then shuts the garage door back down after it’s outside.

“Based on my limited testing, you still need to have the keyfob within range of the vehicle, but the Summon feature is 100% initiated by Remote S on the Apple Watch,” Schey explains on his YouTube page.

Check out the whole video for yourself below.

​
UPDATE: Schey writes in to give us an update:

It turns out you can Summon via Remote S without the keyfob nearby after all. The trick is that you need to initiate the “Keyless Start” inside the app first. This gives you a two-minute window to begin driving or, in this case, Summon the vehicle. 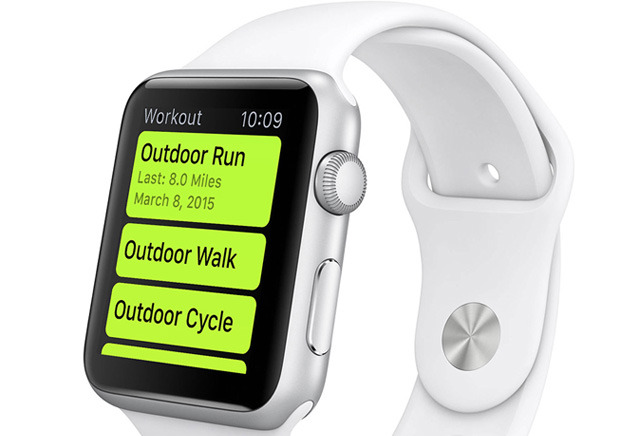 A Welsh man on Tuesday won a small-claims case against Apple, one which accused the company of violating the region's Sale of Goods Act in refusing to honor his Apple Watch warranty.

The company has been ordered to refund the cost of Gareth Cross' Apple Watch Sport — £339 (about $489) — and pay an additional £429 ($618) in expenses, according to BBC News. More significantly the company is altering its marketing for the product to no longer claim it's impact-resistant.

Cross bought the Watch in July, and said he noticed a crack in the cover glass 10 days later. When he tried to get it repaired under warranty he was denied.

"I hadn't even been doing anything strenuous, just sitting around watching TV," he told the BBC. "When I got to work the hairline crack had got bigger and bigger so I called Apple up to get it repaired."

Cross commented that despite the case becoming "stressful," given the prospect of facing one of the world's biggest corporations in court, he will eventually buy another Watch. "But I may wait until the next model is out," he said.

In spite of its name the Sport is actually less rugged that the regular Watch. While the latter features a sapphire screen and a steel body, the Sport uses Apple's "Ion-X" glass and aluminum. It is substantially cheaper however, in the U.S. costing at least $200 less.

​
AppleInsider reports today on a strong rumour that says that trial production is set to start later this month for the second-generation Apple Watch. According to Taiwan’s Commercial Times, Quanta will be handling the trial production process, but Apple may also involve some of its other supply chain partners such as Foxconn, Inventec, and Wistron to increase production capacity if needed.

As is typical for a trial production stage, this initial run will be small-scale, and designed to identify any potential problems in the watch so that they can be fixed prior to the main production period. It usually occurs just before mass production begins, so if true, this news could be a very good indication that the release of the second-generation Apple Watch could be happening in the next few months.

This would also tie in with comments made by Quanta’s chairman last November, when he said that the second-generation Apple Watch would be on sale by the end of the second quarter of 2016. 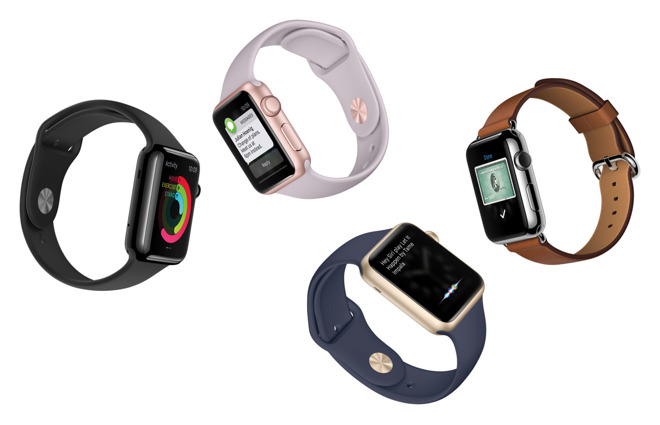 In a potential sign that new Apple Watch hardware could be around the corner, Apple's newly released iOS 9.3 beta gives developers the ability to pair multiple Apple Watches with an iPhone.

Of course, this ability would take on even more significance if Apple were to release a new Apple Watch with revamped hardware. Presumably, the ability to connect multiple watches to an iPhone would allow a developer to test their apps on faster second-generation hardware, alongside first-generation units.

It's unknown if Apple plans to offer multi-watch support to end users whenever iOS 9.3 publicly launches. But doing so could allow some of Apple's more affluent and fashion-conscious consumers to own multiple styles and colors for different occasions. 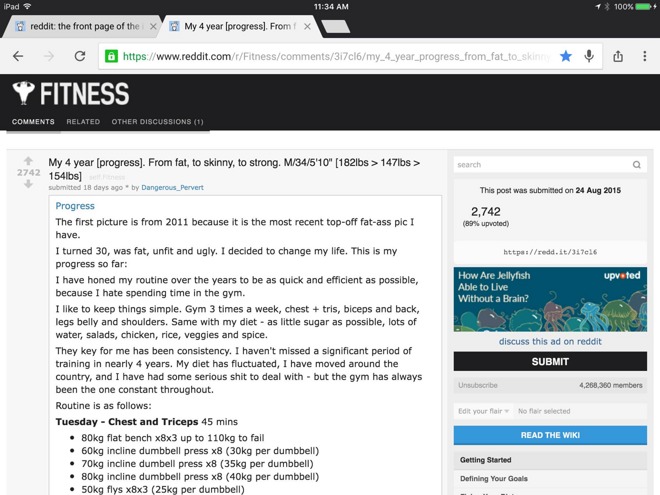 Google has updated two of its key iOS apps, bringing 3D Touch support to Chrome, and direct quick replies to Hangouts notifications — including on the Apple Watch.


​
Chrome's 3D Touch commands consist of Quick Actions accessible from the iOS homescreen. On the iPhone 6s or 6s Plus, pressing down on the app's icon will now show options to open a regular or incognito tab, or launch a voice search.

Hangouts' Apple Watch support doesn't yet include a full app, but is instead a result of general support for notification replies. On the Watch, users can either pick from a group of pre-written replies or use voice dictation.

​
Among other improvements in the messaging app are the inclusion of group names in general notifications, and contact names in Google Voice alerts.

Both apps are free to download, and will run on any phone or tablet with iOS 7 or later.